A key figure well-known and loved in the local dance scene, the late Donato C. Ferrer was a founding member of the Singapore Dance Theatre. Starting as a performing artiste with the Ballet Philippines, he left the Philippines for Singapore in 1988, where he taught ballet for adults and choreographed for the Singapore Dance Theatre. His choreography works included The Ugly Duckling (1991), Hansel and Gretel (1993), and The Elfin Mount (1994) for the company’s Children’s Season, enabled by his gift for connecting and working with kids and young people. Mr Ferrer also worked with non-professional groups, choreographing for schools such as Hwa Chong Junior College, Katong Convent, Raffles Girls’ Primary School, Singapore Chinese Girls’ School and St Hilda’s Primary and Secondary Schools. He was also invited to Japan as a guest ballet teacher at the Nishino Ballet School in Osaka. He went to London in 1994 to attend the prestigious Royal Academy of Dance’s Professional Dance Teachers Course, graduating with distinction. As most outstanding graduate, he became the first recipient of the Jerwood prize. Returning to Singapore, Mr Ferrer became full-time Ballet Master at Singapore Chinese Girls’ School, teaching ballet and jazz, as well as choreographing and directing many of the school’s dance productions. Mr Ferrer also taught ballet part-time at Crestar Learning Centre as a Royal Academy of Dance (RAD, UK) and Commonwealth Society of Teachers Of Dancing (CSTD, Australia) certified trainer, as well as at Nanyang Academy of Fine Arts. He held additional roles as consultant to the School of Dance at LaSalle-SIA College of the Arts, and made his debut as sole artistic director in the dance school’s 2002 fundraising concert for graduates, Beyond the Cradle.
Today, Mr Ferrer’s legacy lives on in Attitude Performing Arts Studio, where different dance styles can thrive, and where young dancers alike can catch his passion and love for the art of dance. 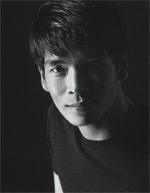